Things we do that we know we’re not supposed to do oftentimes make us feel regretful about the decision we made.

“The feeling of regret is felt across many facets of life, and it’s all based on the decisions we make.”

I’ve been having a difficult time not drinking.

I’ve made it almost 14 weeks, which is an impossible number for me to begin with. It’s amazing!

But I’m a bartender, so I’m around people who are drinking for hours at a time.

But that’s my choice. 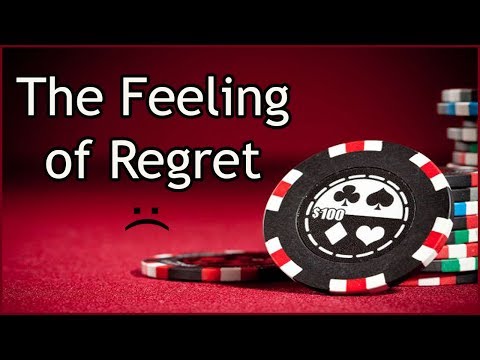 Some people are really annoying when they drink, and I’m always saying to myself I don’t want to be like them at all.

Too loud and obnoxious, irritating towards others, and just acting foolish.

That’s what I want to avoid.

“But then there’s those people who genuinely are having a good time without overdoing it. Makes me jealous.”

I want to go out, but the sheer number of days I’ve accumulated has made me think twice a number of times.

I wanted to go out last Friday, and my mind was totally convinced of that.

I was home early from work, and got dressed up and ready to go.

I had my phone charged, my cologne on, and my keys in my hand. I was about to leave. But then I looked at myself in the mirror and thought, “are you really going to throw away 14 weeks of not drinking for this night?”

It was a hard pill to swallow.

I kept thinking about the next day, and how I might regret it. I didn’t want that feeling.

I could avoid it just by staying home.

I basically played a game of tug-a-war with myself. Back and forth. Going and staying.

After a while, I just couldn’t justify making THAT specific night the night I was going to wipe away 14 weeks of sobriety.

I couldn’t do it. I stayed home.

And the next day I was so relieved that I kept my streak alive.

Now imagine quitting smoking for a number of days and then suddenly giving in.

You smoke a cigarette or two and call it a night.

I guarantee you the next day you will feel regretful. Not only did you ruin your streak, but you put that nasty drug back inside your body where it doesn’t belong.

Back to square one you go, and that is not a good feeling.

“It’s important to talk yourself out of a relapse before you wake up the next day feeling regretful for what you’ve done.”

All it takes is 5 minutes. That is nothing.

That 5 minutes could mean the difference between going back into the nicotine addiction, or staying strong without it.

When those cravings hit, it’s important to understand what’s going on and talk it out.

Think about the implications of doing whatever it is that you are convincing yourself to do that you know you shouldn’t.

Give yourself 5 minutes. You deserve it.

The post The Feeling of Regret appeared first on iQuit-Smoking.com.